For the past three years Manor Gardens has been delivering a service called Bright Beginnings aimed at improving the health outcomes for pregnant women and new mothers from refugee and migrant families. 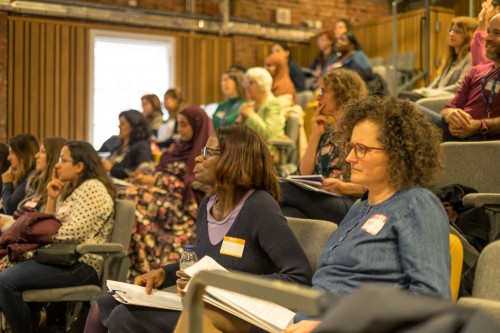 Funded by the Big Lottery, the idea for the project grew from our advocacy work with this group and our continuing FGM work. But three years ago, it was a new and untested approach - recruiting bilingual Maternity Mentors who speak eight community languages between them to work closely with the women. Would anyone take up the workshops on offer on parenting and health? Would the Mentors be able to make a significant difference to the women's lives? Would the women offer each other support?

We needn't have worried. From the outset women have clamoured to take up the help on offer in their own language from people they can trust. Demand was particularly high from the Latin American, Somali and Eastern European women at first but our work with the Arabic and Turkish communities soon reached the same heights.

Bright Beginnings has grown and adapted over the three years it has been running. It became clear very quickly that women didn't only need help with accessing healthcare for their perinatal care: they had so many issues with which they were dealing every day - housing, finance, education, domestic violence - that they were impacting on their physical and mental wellbeing.

The service adapted to meet this need and our Mentors supported the women with one-to-one advice and advocacy. This was so vital in improving their own wellbeing and the health and wellbeing of their very young children.

All of this learning was brought together on 6th March 2019 at the Bright Beginnings Conference. Sixty representatives from council and CCG commissioners, early years education, children's services, VCS partners, health visitors, family support workers and others involved in maternal care attended to learn how our approach was working.

The service was evaluated by Healthwatch Islington, which drew up a final report which was presented to delegates. The report highlighted that we had filled a significant gap but that there was still so much to do, particularly around care and support for the whole family, including older children and fathers. In a wider context it was also felt vital that the work we have been doing is extended into mainstream service provision and that other professionals had much they could learn from us.

The project finishes at the end of March but Manor Gardens is seeking additional funding to carry out the recommendations and support more families in North London. 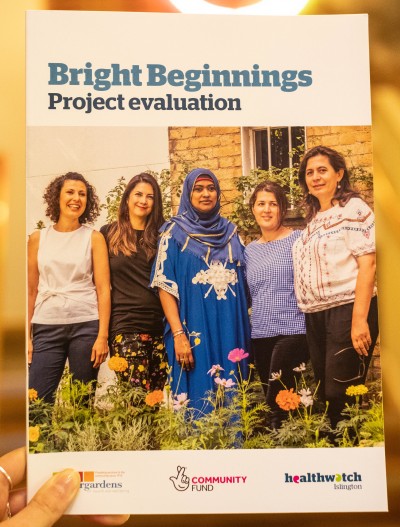 You can read the Bright Beginnings report  here