Manor Gardens' former Chair of Trustees and now Patron Alan Elias has been rewarded by the London School of Economics with an Honorary Fellowship on 12th July. He had already received the LSE Distinguished Alumni Leadership Award in May.

Alan`s long and distinguished association with the LSE started as an undergraduate during 1974/77 and continues to the present day. He is currently Ambassador for the Law Department. He was until recently the Acting Chair and Vice Chair of the School`s governing body.

Alan is a former Partner of the Global Law Firm, Clifford Chance and is currently a Magistrate for Central London as well as practising as a Commercial Mediator.

Since stepping down as a Partner of Clifford Chance, Alan has had a very varied portfolio career in the commercial and voluntary sectors. This included being a Consultant to Clifford Chance, a Trustee and then Chair of Manor Gardens Welfare Trust (for nine years),  and acting as mentor to several small businesses, charities and social enterprises.

His many activities at the LSE have include sponsoring a law student scholarship, giving careers advice, acting as student mentor, speaking at widening participation events and fundraising. He was closely involved with the governance of the School for 12 years, finally stepping down in 2017. During this period, he was a member of Court and Council, Chair of the Audit Committee and Vice Chair and Acting Chair of Court and Council. 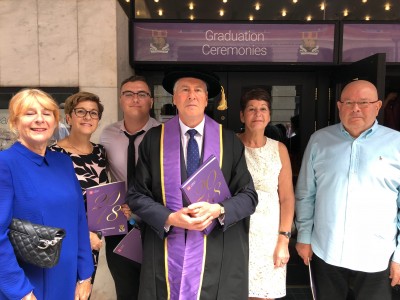