It was the hottest day of the year for our Summer Wellbeing Festival on 29th June but despite the heat the local community came together to celebrate and learn new things and just have fun. 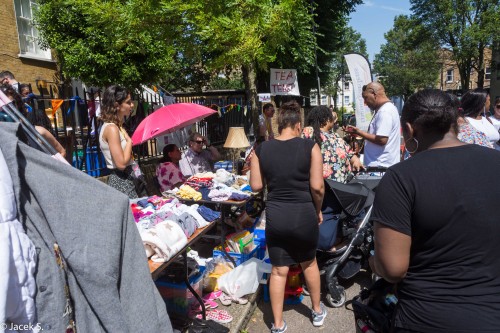 There was live music from the Whittington Park Steel Band and Jeanette on the pan pipes, which were well received. Islington's very own Elvis finished the show with his popular numbers as well. Hot Caribbean Food and our own BBQ kept visitors well fed and everyone was able to cool off in the garden with some Afternoon Tea of scones and jam. 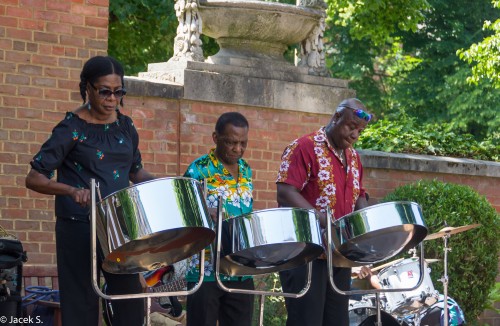 We had over 50 wellbeing-themed stalls which provided information and advice on a very wide range of topics. Local MP Jeremy Corbyn spent over an hour talking to people and the Mayor, Cllr Rakhia Ismail, and Cllr Janet Burgess, Deputy Leader of the Council and lead Councillor for Health and Wellbeing, visited all the stalls.

Our Street Stage held taster sessions in yoga, pilates and marshall arts to give people a flavour of local classes. 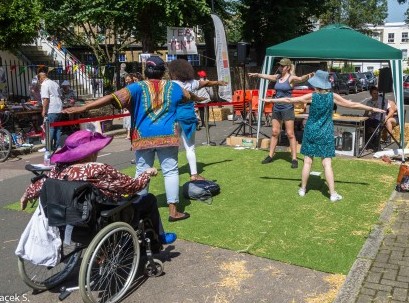